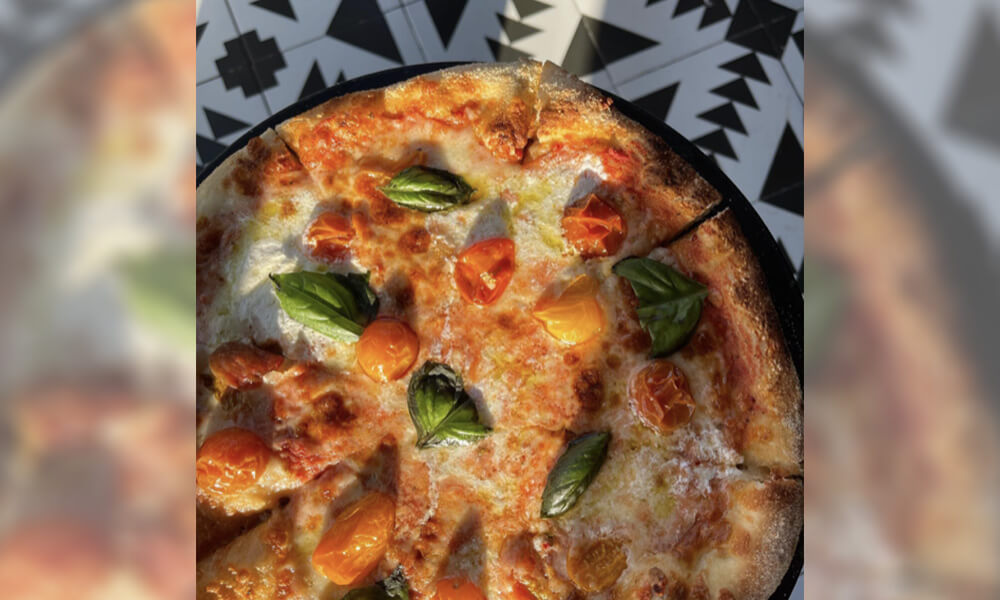 The Delicious History Of Pizza

For many reasons, pizza is one of the most famous dishes worldwide. We don’t need to explain why everyone loves pizza so much. If you’ve ever had a slice, you know what we’re talking about.

However, do you know anything about the history of pizza? What country do you think is the pizza birthplace?

Who made the first pizza in the world, and so many interesting questions have been answered in this blog.

So, if you’re a pizza lover, keep on reading. We’ll give you all the fun information about the origin of pizza.

And, to find the best pizzas in Miami, visit Mi’talia.

Where Does the History of Pizza Begin?

It may be surprising to hear, but pizza has been around for centuries, one way or another. We know stories of Persian Soldiers dating back to the 6th century BC who had flatbreads with some dates and cheese on their shields.

Also, the Mediterranean may have a claim to the origin of pizza. All over this area, different sorts of flatbreads were baked and consumed throughout history. Plakous, a flatbread with cheese, onions, herbs, and garlic, was one of the staples in ancient Greece.

This part of Europe still consumes recipes that may have been the first pizza ever made. Greek pita, focaccia, manakish from the Levant, and lepinja from the Balkans are a few you can try to this day.

You were wrong if you thought that pizza history couldn’t get more ancient. The Aeneid books, specifically the third and the fourth, reference a dish similar to pizza.

As the prophecy claimed, the Trojan wouldn’t be able to achieve peace until they could eat their tables.

In the fourth book, Aeneas, together with his trusted men, eats a dish that resembles the description of today’s pizza – round cakes with vegetables on top.

After consuming it, the men realized the prediction had come true.

Who Named the First Pizza?

Though we can never answer that question with certainty, we have proof of when the word pizza was used.

Guiseppe Nocca, a food culture historian, discovered the word pizza in an official document in 997 AD. The paper was in Latin from Southern Italy, specifically the city of Gaeta.

The document requested payment for “pork kidney and shoulder, as well as 12 pizzas for Christmas, and some chickens and 12 pizzas for Easter.”

We can’t be sure if the word pizza represented the same type of food it does today. But considering the document is from Southern Italy, we have reasons to believe it absolutely does.

Is China the Pizza Birthplace?

You may have heard that China is the pizza birthplace. The well-known story claims that both pizza and pasta originate from China. As the legend says, the famous explorer Marco Polo was the one who brought the idea to Italy.

On one of his journeys to the East, Polo tried a dish named “cong you bing,” which is, essentially, spring onion pancakes. The dish was full of cheese and a few other ingredients; it impressed the explorer quite a bit.

After making his way home, Marco tried to recreate the dish with the help of the best chefs he could find. Unfortunately, all of their attempts failed. Marco then recommended that they arrange the ingredients on top of the dough. And that’s how the first pizza was made.

Sorry to burst your bubble if you like that story; everything points to it being only a myth.

Was Pizza a Dish for the Poor?

Many dishes we love today began their stories as meals for the poor. We believe that pizza has had a similar journey.

During the early 1800s, the working class made up most of Naples – the poor lazzaroni. They needed a cheap meal that could be consumed quickly and relied on street vendors to provide that.

These folks served flatbreads with cheese and other ingredients, and many people believe they are the origin of pizza.

However, pizza wasn’t that well-accepted worldwide at the beginning.

The authors from this time claimed that the eating habits of the lazzaroni were “disgusting.”

The Queen of Pizza

Many call Margerita the queen of all pizzas, and if you don’t know the story, you’ll hear the reasoning behind it now.

Twenty-eight years after Italy was unified, in 1889, Queen Margherita visited Naples. Then, she did what we all do when we find ourselves in Naples – order a pizza.

Chef Raffaele Esposito wanted to create a dish that looked like the Italian flag and its colors. So, he and his wife made a pizza with red (tomato sauce), white (mozzarella), and green color (basil).

They called the pizza after the queen, and Margherita pizza sprang into existence.

Other sources claim that this type of pie existed even before the queen’s order.

The book Customs and Traditions of Naples by Francesco DeBouchard traces the origins of this type of pizza back to 1866.

Nowadays, all sorts of pizzas exist. We have deep dish variations, Chicago style, thin and thick crust, even sweet versions, and pretty much anything you can imagine has been put on a pie by now.

However, there are certain pizza rules most of these variations don’t follow.

Associazione Verace Pizza Napoletana was set up in 1984, and its role is to protect pizza in its purest form. That’s why they have specific rules about what a pizza is and how it should be prepared.

For example, one of the rules is that the pizza can only be a Margherita or a Marinara. The radius can never be over 35 centimeters, and the pie must be prepared in a wood-burning oven.

It would be best if you always used a particular flour – type 0 or type 00.

So next time you go for something crazy like pineapple pizza, remember all the rules you’re breaking.

When Did Pizza Arrive in the United States?

Now, pizza is probably the favorite food of most Americans. But, it took some time for it to find its way to the states.

Neapolitans enjoyed the recipe in the 1800s, but it wasn’t until the late 19th century that it began to spread worldwide.

Italian immigrants started moving to the US and brought pizza and their cooking skills. In the beginning, only the immigrants enjoyed the flavors of pizza, but after a while, the epidemic spread.

To try the best pizza Miami has to offer, make your way to Mi’talia. Many places claim they have the best Italian food in the city, but only by visiting and trying the dishes will you be 100% sure of those claims.