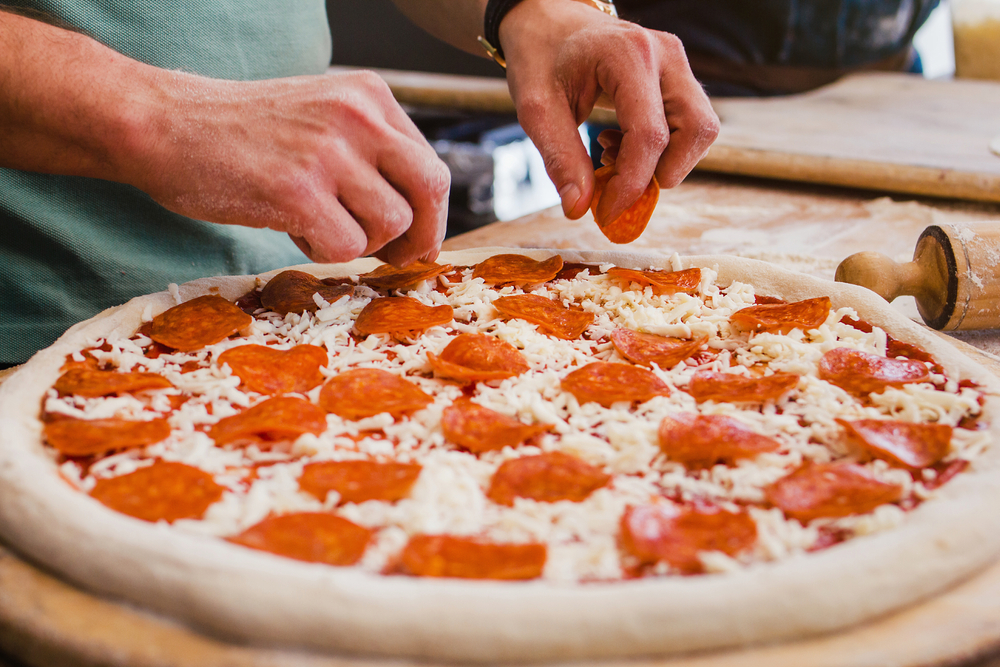 Making A Pepperoni Pizza Like A True Pizza Master

Can we all agree that pizza may be the greatest gift from Italy ever? From one pepperoni pizza lover to another, this is completely dedicated to you! Our global travels have sent us to Italy more times than we care to admit and we’ve loved every minute of it. We’ve enjoyed and brought back one of our favorite pepperoni pizza recipes with a modern twist that we think you’ll love. If you’re in the area, stop by to enjoy our restaurant for pizza pepperoni in South Miami with a glass of pinot grigio. But if you can’t make it here, we’ll show you how to make an inviting pepperoni pizza at home that’s better than your favorite takeout.

If you’re familiar with flatbreads, you’ll be happy to know that modern-day pepperoni pizza evolved from them. They were originally known as focaccia, which you’ll likely see on most restaurants’ appetizer or lunch menus. It was first introduced by the Romans as panis focaccia and eventually became what we know today as pizza in Naples, Italy during the 18th and 19th centuries. Yet flatbreads were also very popular among the Egyptians and Greeks

A galette flatbread in Naples during the 16th century was referenced as a pizza due to its disk shape and savory fillings. It was a popular dish among the poor and not considered a kitchen recipe until much later when oil, fish, and tomatoes were added when Europeans came to the Americas.

According to legend, King Umberto I and Queen Margherita of Italy were looking for something different from the regular french cuisine they became accustomed to while visiting Naples amid unification in 1889. She commissioned pizzas to be made by Neapolitan pizza maker Raffaele Esposito. Her favorite pizza featured mozzarella, basil, and tomatoes, which coincide with the colors of the Italian flag. It became known as the “Pizza Margherita”.

Flatbreads and pizzas are nothing new. Many variations of this beloved dish can be found in several different cultures around the world. Chinese bing is a wheat flour-based flatbread shaped into a disk and French quiche is a popular dish that uses the idea of a combination of pastry, cheese, and vegetables. South and Central Asian naan and roti are also well-known variations of unleavened bread seasoned to perfection.

Pepperoni pizza recipes are so easy to make that 350 slices of pizza are eaten every second in the U.S! The first pizzeria opened in America was Lombardi’s located in New York City. It was originally a grocery store and started selling pizzas in 1905 which led to its explosive popularity. US soldiers stationed in Italy during WWII took a liking to pizza and brought the idea to America, where it had been considered a foreign food up to the 1940s.

The US Department of Agriculture notes that 13% of Americans eat pizza every day, with 1 in every 6 males between the ages of 2 and 39 consume it for breakfast, lunch, and dinner! Our love of pizza has increased the US consumption of cheese by over 40%! The National Association of Pizza Operators, also known as Pizza Today, reports that over 250 million pounds of pepperoni are consumed by Americans every year!

Countries around the world love pizza as much as we do and place their own spin on pepperoni pizza recipes. In Japan, popular toppings include squid and mayo. Scotland prefers to deep fry pizza instead of baking. Still, the US is the largest consumer of pepperoni pizza with over 3 billion sold every year.

How to Make a Pepperoni Pizza at Home 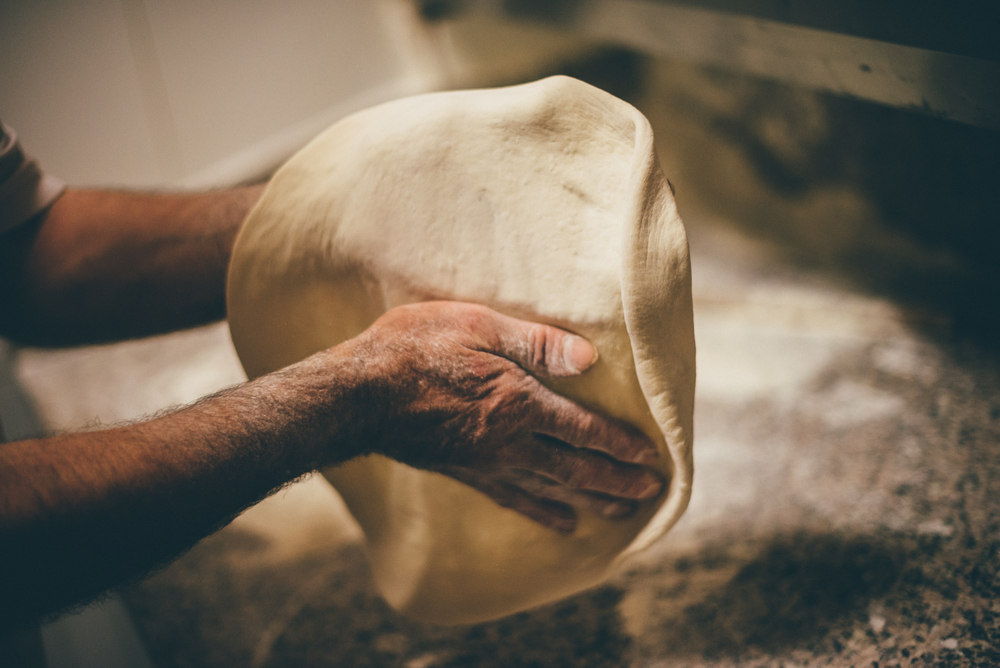 We all know that nothing beats ending the week with a slice of pepperoni pizza or two with your favorite refreshing drink! That’s why recipes for pepperoni pizza made from scratch in the comfort of your own home can be the most satisfying. You have the freedom to dress it up with a bottle of champagne or dress it down with your favorite beer! With so many variations of pizza, you can’t go wrong pepperoni pizza ingredients. We’ll give you a firm foundation that begins with freshly made pizza dough and you can take it from there. Here’s where to start: 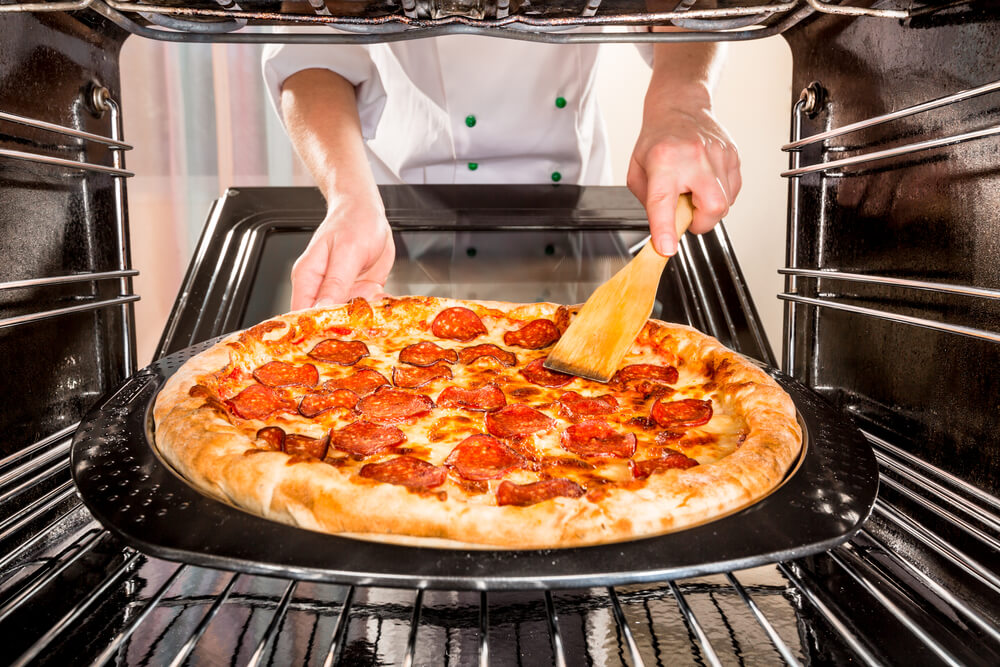 Make a Reservation for Pizza Pepperoni in South Miami

For the evenings you’d prefer not to cook, check out our take out menu or make a reservation to try our delicious pizza options. From our Rosemary Focaccia appetizer to our Spicy Pepperoni Flatbread, you’ll find several selections you’ll enjoy with friends and family. Made with a small batch of artisanal salumi, mozzarella, local honey, and pickled fresno peppers, the Spicy Pepperoni Flatbread is excellent with a great wine or any of our handcrafted cocktails.

You’ll want to take advantage of our Tuesday Artisanal Pizza Nights with incredible deals on 11-inch gourmet pizzas and our happy hour from 4pm – 7pm every weekday. Our wine lovers will enjoy half-priced bottles every Monday and Wednesday Pasta Nights with all pasta dishes for only $12. We are all about bringing people together over great food so groups, private parties, and reservations are all welcomed. Let’s celebrate our love of all things Italian together and reserve your table today!